So we began our journey. Mam dried her eyes and held her head high as in our new shoes we began the long walk to Dublin. There was young and old, pretty girls and old men, widows with children like my Mam, all of us crowding together along the muddy path as  we set off.

Little Bernard and Catherine and I are excited to be off on such an adventure with so many of our friends, but the old people are sad and do not want to go. There are many more children than grown ups.

Bailiff Robinson warns us that we must all stick together and do what he and his men tell us if we want to get our tickets for Canada.

‘Troublemakers will be left to wander the roads and will get no passage from me,’ he shouts as he passes down the long line waving his silver tipped blackthorn stick in the air.

We soon come to Scamogue passing by the new Church. Mother and all the men and women cross themselves as we see the church and pray out loud for God to keep them and their children safe on our long  journey.

We all know of the goings on in nearby Ballykilcline with their Rent Strike, refusing to pay the Crown after Major Mahon stopped renting the Townland from them.

I nervously played with the pocketful of clay I had brought from our little Lisonuffy plot.

St. Anne’s Church, where the Shoes are located, was built in 1839. Five families, 24 of our Missing 1,490 came from here. Nearby, Ballykilcline was the site of a famous Crown Rent Strike – the Ballykilcline Rebellion – in the mid 1840s. In 1847/48, 370 people were evicted as part of a Crown Assisted Emigration to New York City.

Ballykilcline was a hotbed of local agitation where the old Irish communal land system clashed badly with the new market town economics of the area. It was known as a ‘townland of outrages’ where the Molly Maguires secret society held sway.  Denis Mahon was obsessed with them. It was his opinion that a number of his tenants were influenced by this nearby revolt and many who were able to pay nevertheless chose to follow the example of the Ballykilcliners.

Scramogue is one of a number of townlands in the Strokestown area from where 1,490 former tenants of Major Denis Mahon emigrated to Canada in 1847 after walking the length of the Royal Canal to Dublin and embarking for Liverpool by steamship.

Before their departure, starving tenants in the townland of Cloonahee submitted a petition to Major Denis Mahon seeking food and relief that is now held in the Irish National Famine Museum. It was his chance discovery of the Cloonahee Petition that persuaded Jim Callery to create the Famine Museum after he had purchased the property.

Folklore of the Irish Famine from the Scramogue area can be found in the Irish Folklore Commission’s Schools Collection at the link below:

Like the townlands near Strokestown, the Crown estate at Ballykilcline was also cleared of many of its tenants through evictions and forced emigration.  As Mary Lee Dunn notes:

After a dozen years of striking over what they saw as unfair high rents, the people of Ballykilcline, a Crown property near the River Shannon in Kilglass Parish, not far from Strokestown in eastern Roscommon, were evicted by Crown authorities and sent to New York City in 1847 and ’48. Evictions began during the worst year of famine and continued as about 370 people left their homeland where officials had labeled them “trouble makers,” neighboring tenants had started to imitate their strike which was worrying local land owners, and many had lost family members to famine diseases or starvation. These conditions drew headlines in Dublin, England and elsewhere and, meanwhile, Ballykilcline was emptied out.

In the new world, many of these evicted immigrants settled in the northeastern states; dozens of them, for instance, went to Rutland, Vermont, where an earlier cluster from Kilglass had made their homes to work in the emerging marble industry. Some evictees subsequently moved on to Boston, Providence or the mid-West joining fellow tenants who had arrived in the 1830s.

For 41 years before their strike began in 1835, Ballykilcline’s inhabitants had been tenants of the Mahons at Strokestown, who sub-leased from the Crown and who owned or leased nearby lands as well. About the same time as Crown authorities moved to “clear” Ballykilcline, Denis Mahon, trying to regain control of the indebted property he had recently inherited, evicted hundreds of his own tenants and paid their way to Quebec. Scores of them died during or soon after their Atlantic crossing from famine-related causes. Months later, Mahon was assassinated.

The population of Kilglass Parish was nearly halved in that decade of despair. The Irish who left tried to make their way in a new world while at home their families and friends who stayed tried to recover.

Leavy’s Bar –  Please check ahead for opening hours as some are restricted / seasonal. 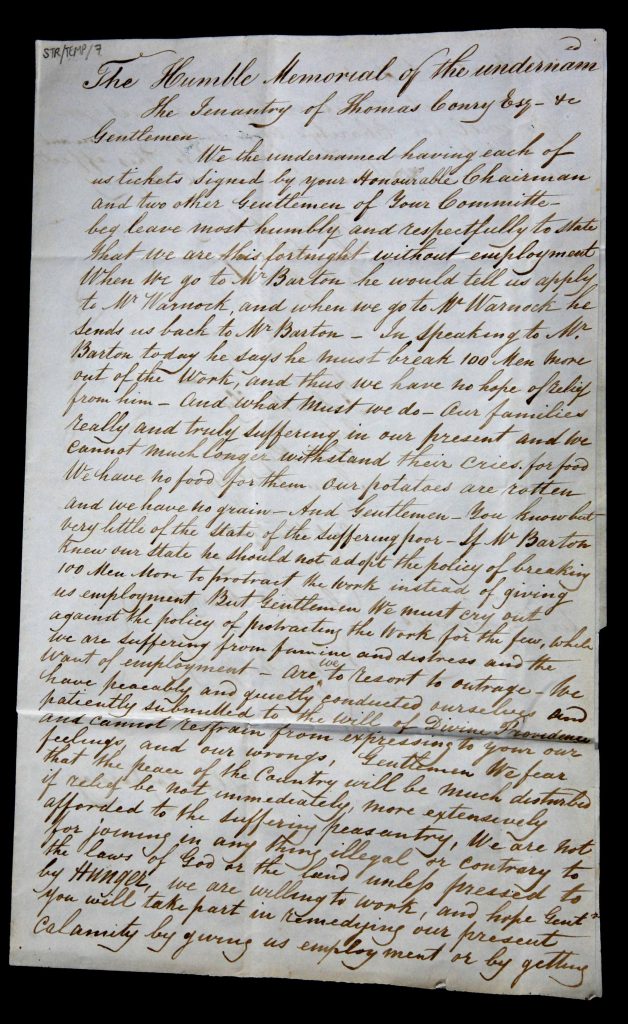