A mile or so further the land grows wild as we come to Cloonshanagh Bog, where for as far as the eye can see, for miles, the white puffs of bog cotton blow like fluffy clouds and the lazy blue dragon flies hover over the muddy bog pools. In the distance I can see a scrawny old man and a boy in rags, picking turf and loading it up onto a rickety hand cart.

I always loved going up on the bog with father to cut turf, and drying it and then bringing it home and piling it high by the side of the cottage. It would fuel our fire all winter long and keep us warm. But now, with father gone, I will never cut turf again with him or spend a day up in the wild beauty of the bog lands.

Now the bogs are covered in hovels where no one ever had to live before so desperate are the times and the same on my beloved Sliabh Bawn mountain by our cottage in Lisonuffy, people forced up the side of the mountain mostly barren and not fit to provide for a family.

Bravely I grab a fistful of bog and add it to the clay in my pocket. It makes me feel closer to my Da.

History: Cloonshanagh Bog and the landscapes of Famine Ireland and potato blight.

As the population of Ireland exploded, in the first part of the nineteenth century, people found themselves forced to live and take shelter in inhospitable locations rarely inhabited by humans such as up the sides of mountains like Sliabh Bawn and deep in bogs like Clonshanagh.

Turbary rights were rented out on some sections of bog – see Map below from the Strokestown Archive. They were sought after, a source of heat for cooking, heating for the long harsh winters and potential product to sell or trade at  Market.

Cathal Póirtéir appears in Cloonshanagh Bog and speaks about the landscapes of Famine Ireland and potato blight. He recites three verses in Gaelic from Na Fataí Bána (The White Potatoes) by Peatsaí Ó Callanáin.

Peatsaí Ó Callanáin was from Roscommon. He and his brother, Marcus, were recognised local poets and song makers who famously put blind Raftery to shame in a poetry duel.

Peatsaí Ó Callanáin  wrote a long poem emphasising the importance of the potato and the distress caused by the blight. Here is Cathal reciting a few verses from it. 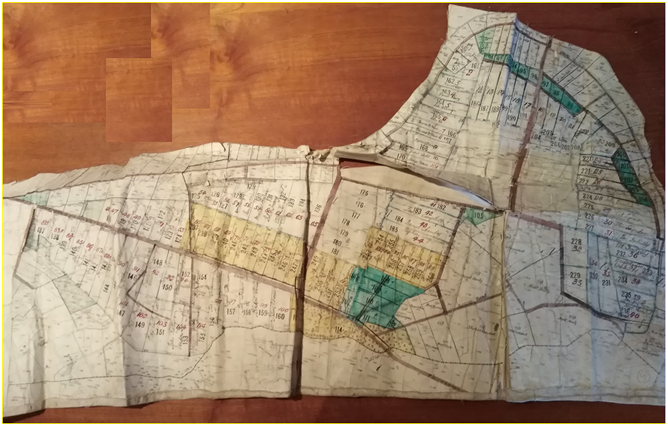