As we near Tarmonbarry, an old man begins to shout, for at the side of the ditch are three poor starved bodies left there these past weeks to rot. A man and a woman and a little girl by the look of them! They are in filthy rags and the smell is fierce.

‘No one to bury them, poor things,’ Mother said, telling us to shut our eyes and to keep walking. But I still looked, for I am twelve and have seen dead bodies before. I try not to think what might have happened to them and how they came to such a terrible end.

We cross the bridge over the wide River Shannon, the blue water sparkling in the sunshine as the crowds of us kept walking.

‘I wish that we could stop and swim or wade in the river,’ sighed nine year old Catherine staring down into the clear water.

A few barges and boats passed us by so close that I could have jumped up on their narrow deck. One had coal, and two had barley, and we watched as the sturdy horses pull their heavy loads along the tow path.

I have never seen the River before, never been this far from home. I am somewhat mesmerised by the glistening water and fearful crossing this border, pushed on and carried by the crowd.

History: The Famine in Tarmonbarry

Part of the Mahon estate during the Famine years, this beautiful Shannonside village, with somewhat of a culinary reputation, originates from an abbey founded by St.Berach in the 6th century.  The name of the village in Irish means roughly “Berach’s sanctuary”.

A Memorandum in the Strokestown Park Archive records that ‘Sir’ John Ross Mahon, Denis Mahon’s notorious Agent, held lands of his own in the Tarmonbarry area.  It notes the names of the tenants on Sir John Ross Mahon’s property at Tarmonbarry including the total amount of land held by each tenant as well as a breakdown of the amount of land planted with various crops, the amount of annual rent and rent arrears and the number of livestock.

The local middle man was John Mc Cann, who does not fare well in local folklore, where it is held he was quite happy to carry out evictions himself.

The Strokestown Park Archive holds correspondence from him, include the following –

I enclose 1/2 notes for four pounds

handed me by James / jonny Scally which

pays Widow Curlys arrears up to

her 5 pounds and to pay you 6 pounds of the

arrears. You are now paid the

whole arrear – will you buy 4 gallons of poteen

The Bridge in Tarmonbarry, built c. 1845, was said to be a joint venture between Major Denis Mahon and Lord Granard of Newtownforbes. It was most likely tolled as was the Strokestown to Tarmonbarry road of its day.  Opposite the golf course in Strokestown is the remains of an octagonal Toll House which has been renovated.

At the Strokestown Gathering in 2013, Richard Tye, the great grandson of little Daniel Tighe who left Strokestown in 1847, made a return visit from Quebec to his ancestral home.  It caught the attention of our former Poet Laureate, Seamus Heaney, who said: “Strokestown’s plan for the return of the Tighes is characteristically deep and meaningful.’

Heaney was a regular visitor to the renowned annual Strokestown International Poetry Festival. Listen to or read his poem ‘At A Potato Digging’ which reflects on the Irish Famine here.

Caroilin Callery (Director, National Famine Museum at Strokestown Park House and Irish Heritage Trust) on Famine in Tarmonbarry as reported in Freeman’s Journal in May 1847: 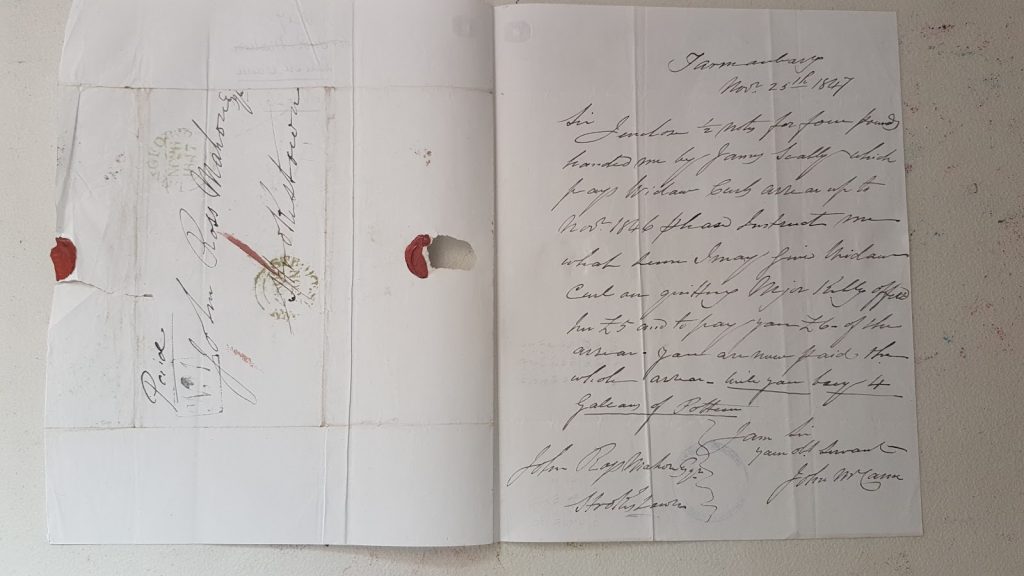