My name is Daniel Tighe. I am 12 years old.  In May 1847, the worst year of the Great Irish Famine, I walked this path from Strokestown to Dublin heading for a ship and in hope of a new life in North America. Follow in the footsteps of my story which  is marked by over 30 pairs of Bronze Shoes along the National Famine Way – now a 165 km accredited trail.

We settled down close to a big Workhouse and a graveyard overlooking the waters of the canal. It was terrible to see a large crowd of starving and sick people queuing, some sitting on the ground waiting to be admitted.

‘Mam, what is that place Mam?,’ asked Catherine, curious staring over at a poor sick woman and two little scrawny girls.

‘It’s the Mullingar workhouse for the hungry and the sick, where those in desperate need can get food and shelter and a bed,’ she explains.

‘I’d like to sleep in a bed,’ wished Catherine.

‘Not in the workhouse, you wouldn’t, for they are full of sickness and diseases,’ Mam explained, stroking her dark hair. ‘Besides, you would be taken from me and put in a big ward with the other girls. Families, mothers and fathers, and sisters and brothers are all separated in the union workhouse and life there is fierce hard.’

‘I’ll not go to there,’ said little Bernard, sticking out his chin. ‘Mam, I want to stay with you and Catherine.’

‘They put you to work for your keep there, some young boys making those coffins I told you of’,’ Uncle William whispered in my ear.

I was so glad that Mam had made the brave decision for us to take passage to a new life far from ‘the hunger’.

Caution: If you are starting the loop at the Spur Shoes here – you are doing it in reverse, so you will visit the Famine Graveyard first and then the Workhouse. Please refer to the Mullingar Workhouse & Famine Graveyard Loop Map.  Note: a small section of this loop is on a busy road, so do take care.

An essential 3 km detour takes you by  the remains of a large-scale former union workhouse complex, one of the best surviving examples of its type in Ireland. This workhouse built c. 1841 is largely intact, complete with its foreboding original entrance door (http://www.workhouses.org.uk/Mullingar/).

It was built on the site of a quarry, in order that the unfortunate ‘inmates’ could work long days breaking stones.

Due to severe overcrowding, an auxiliary Workhouse was built further along the canal for old Women and Children.

Part of the complex is still in use as St Mary’s Hospital.

Increasing numbers of destitute people preferred to camp along the canal towpaths, instead of trying to access the overcrowded workhouses.  The “Westmeath Guardian” newspaper urged the Canal Company to remove “these abandoned wretches” from the area because they were performing “unmentionable abominations”.

A little further on is the Workhouse Famine Graveyard, one of the best preserved in the country with its cut stone entrance and wrought iron gates. It is believed that the Graveyard site was much larger in the 19th century, as bodies were found when the nearby commercial park was being built.  It s a highly evocative site which is now in the care of a local committee which holds annual devotions there each June.

Professor Christine Kinealy reflects on the legacy of the Great Hunger in the Mullingar Famine Graveyard.

The Graveyard is on the Canal Feeder / Supply line. Mullingar is the highest point on the Canal and this 3.6 km supply line, leads directly from Lough Owel to the Canal, being its main supply of water.

Mullingar Poor Law Union was created in November 1839 following the passing of the 1838 Poor Law Act. Covering an area of circa 400 square miles with 70,000 inhabitants, it stretched twelve miles around Mullingar, being the distance a labourer was expected to walk in a day to a workhouse. Mullingar Workhouse, which opened in October 1842, was sited on the periphery of the town adjacent to a stone quarry to provide work for inmates. It had been  built between 1839 and 1847. The workhouse was designed in a Tudor domestic idiom by architect George Wilkinson. It consisted of an entrance block, a three storey accommodation block for males and females, a bakehouse, a washhouse and infirmary.

During the Famine, a fever hospital was added and ‘sleeping galleries’ were erected to increase capacity. It was designed to accommodate 900 inmates and was only one third full in September 1845 when blight attacked the potato crop, after which it soon exceeded capacity.

The union was initially administered by elected board of guardians but facing insolvency in 1848, control was handed over to two paid administrators whose primary objective was reducing costs. These administrators discontinued soup kitchens providing outdoor relief and rigorously enforced the ‘workhouse rule’ whereby relief was only provided inside the workhouse walls. 600 able-bodied paupers were struck off and thereafter the main workhouse was reserved for only able bodied paupers who were expected to work for their rations. Women, children and the infirm were relocated to a series of temporary auxiliary workhouses in the town including a former corn store and a disused brewery. Tellingly, in the workhouse carpenters shop, inmates turned out 616 coffins between Jan-Sep 1849 and at the newly acquired graveyard at Robinstown one mile from the house which was opened in March 1849, 16 paupers were employed full time burying the dead with instructions to always have one grave ready.

According to local historian, Seamus O’Brien, the highest mortality in the Mullingar Poor Law Union in 1847 took place between “the closure of the public works and the opening of the soup kitchens.” The works closed in February, and the soup kitchens opened in May, leaving multitudes destitute for these months.

Mark McGowan reflects on the impact of the Irish Poor Laws at Mullingar Workhouse:

Note:   The Tourist Office is located at the Market Square in the centre of the town.  Market Square is also the location of a Statue dedicated to Joe Dolan, a Mullingar native and beloved Irish entertainer and pop singer for over six decades from the late 1950’s until his death in 2007. 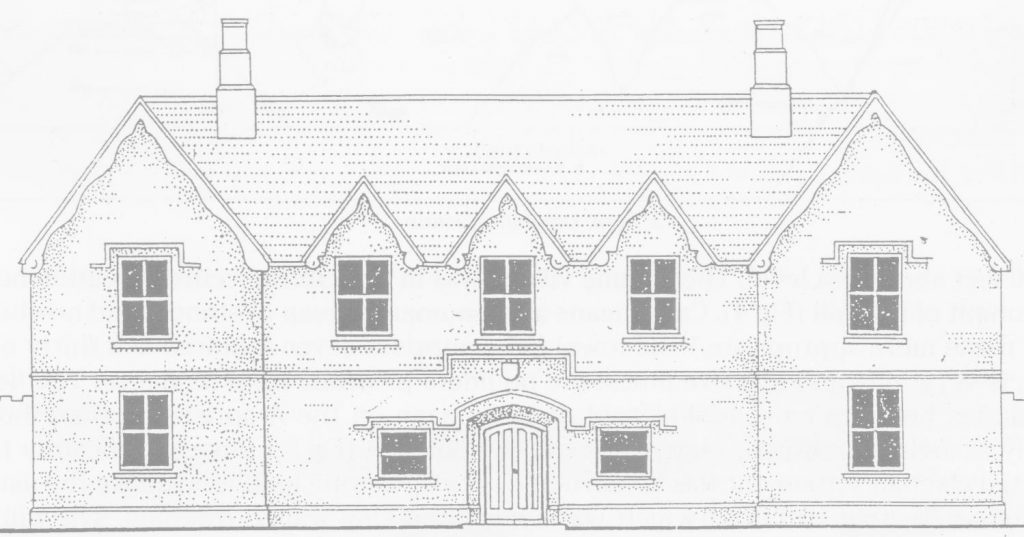