We were all wet and miserable by the time we came to Killucan Riverstown and another big harbour called Thomastown.

Here there are more boats and barges and a public house where the sailors and locals had a pint of porter as they watch our huge caravan from Strokestown pass them.

Four barges are moored near us and they are laden with food and unguarded.

The temptation is too much and suddenly three older teenagers — led by Patrick again, jump onto the deck of a barge, and manage to grab a sack of oats and a round of cheese and some eggs and take off.

We all stay quiet and say nothing hoping that the Bailiff and his men have not noticed.

Immediately, Bailiff Robinson and three of his men chase after them. They return the oats to the man but the eggs and cheese have already disappeared and as he waves his stick at them, he tells them it will be ‘the road or the work house’ for them if they steal again.

Thomastown Harbour is home to the main Waterways Ireland Western Depot on the north bank and to Nanny Quinn’s Pub & Restaurant just 100 m from the south bank – check ahead for opening hours.

It is near the village of Killucan where the Church of Ireland Reverend Henry Ferris perished from typhus while caring for Famine victims in April, 1848. Henry Ferris was the curate of St. Etchen’s Church in Killucan, where he lies buried. On the base of a Celtic Cross which marks his grave is the inscription: “Loving Memory of / Henry Ferris / Died April 20 1848 / and / Maximiliana Sophia / His Wife”. An adjacent memorial stone reads: “Sacred/to/ The memory of / The Rev Henry Ferris / Curate / of the Parish of Killucan who departed this life / April 20th 1848 / Aged 45”.

The Reverend Ferris’s sacrifice is also commemorated in a handwritten poster inside the church which notes that he assumed his position as curate in 1840 and that he:

“Died in 1848 in typhus epidemic after nursing the village”.

During his life time, Henry Ferris was an esteemed author of Gothic fiction and ghost stories who contributed frequently (though under pseudonyms) to the Dublin University Magazine alongside fellow writers such Joseph Sheridan Le Fanu and James Clarence Mangan (who also succumbed to disease during the Great Hunger).

Local historian Ruth Illingworth at the grave of the Reverend Henry Ferris in St Etchen’s Churchyard in Killucan, County Westmeath, where he gave his life caring for his parishioners in April, 1848.

Some of the most significant heroes of the Great Famine were the Society of Friends or Quakers. Large numbers of Irish Quakers contributed their time, money and influence to alleviate the suffering of those around them. They set up a number of soup kitchens in distressed areas, saving thousands of people from starvation. Their kindness was renowned as was their lack of proselytising or the ‘changing faith’ requirement of other religious establishments, which led to the term ‘taking the soup’ or souperism.

Count Paul (Paweł) Edmund Strzelecki was a Polish humanitarian, who, as the main agent of the British Relief Association during the Great Famine, developed a visionary and exceptionally effective mode of assistance: feeding starving children directly through the schools. As a result of his efforts, approximately 200,000 children from all denominations were being fed and clad, many of whom would have otherwise perished from hunger and disease.

The death of Bishop Michael Power in the fever shed of Toronto in 1847 provides a poignant reminder of how many clergy, religious, and lay persons put themselves in mortal danger to serve others. Toronto’s first bishop, he is a candidate for canonization as a martyr of charity.

THE  GREY NUNS OF MONTREAL

The most detailed and evocative eye-witness accounts of the suffering of Irish famine emigrants in North America can be found in the annals of the Grey Nuns, or Sisters of Charity, who cared for them in the fever sheds of Montreal in 1847. Many of the Nuns lost their lives as they tended to ailing famine emigrants. Learn more and read their eye-witness accounts here.

ASENATH HATCH NICOLSON  was an American vegan , social observer and philanthropist . She wrote at first hand about the Great Hunger in Ireland in the 1840s. She observed the famine as she distributed bibles, food, and clothing doing much to ease suffering. In 2019, Donnacha Dennehy’s opera The Hunger about  her time spent in Ireland during the Famine was performed in Dublin’s Abbey Theatre. 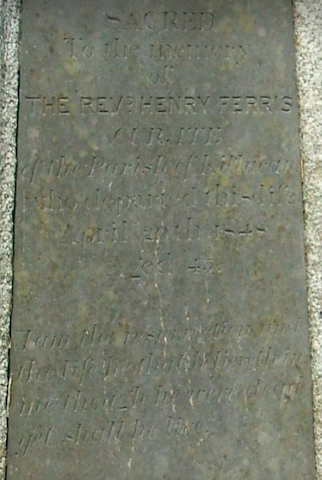