The compelling Strokestown Famine Archive – most of which has not seen the light of day in over 170 years – was discovered by chance by Jim Callery in 1979 and led to the establishment of the National Famine Museum at Strokestown which has become a centre for international study.  Containing over 55,000 documents in relation to the Great Irish Famine of the 1840s, it is a complete record of economic, social and estate history over a 300-year period. An international advisory committee is guiding our work and the Strokestown Archive is now secure with part of it conserved and catalogued.

Since the 1990s, academic studies have been carried out providing major insights into the stories contained within the papers. Assisted emigration and the plight of the landless labourers and cottier class have been two very significant areas of interest. Some 1,490 tenants were part of an ‘assisted emigration’ scheme to Canada during the famine period and this has led to a research programme by the University of Toronto to uncover the life stories the ‘Missing 1490’ which is slowly following family threads through time in America and Canada.

Realising the full potential of this unique asset at Strokestown Park requires full-time professional attention. The Strokestown Archivist role was established in early 2019.  We are now examining these records to uncover the history, identify key themes and unlock the multiple stories contained within these documents.

Dr Ciarán Reilly is the leading expert on the Strokestown Park Archive and one of the most distinguished scholars in the field.  His book Strokestown and the Great Irish Famine (Four Courts, 2014) combines incisive analysis of the records in the archive with high quality reproductions of some of its most important documents. 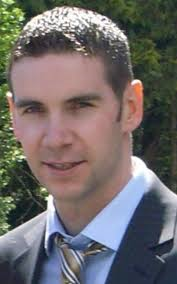 Ciaran Reilly’s book Strokestown and the Great Irish Famine is:

‘The most in-depth study of the effects of the Famine on a landed estate and its community … With the help of this book, we are brought deep inside the actuality of life during the Famine era. Some of our preconceived ideas of what actually transpired during that appalling era are challenged. Highlighted too is the important role played by the Irish National Famine Museum at Strokestown’, from the foreword by Mary McAleese, former President of Ireland.

The Strokestown Park House archive is one of the largest Irish estate collections in existence, with more than 50,000 documents comprising rentals, leases, accounts, correspondence, maps, drawings, architectural plans and photographs. Of particular importance are the papers that relate to the Great Irish Famine. This book aims to introduce the reader to the archive and to provide a fascinating and detailed insight into the many and varied experiences of the Famine for those who inhabited the estate in the 1840s.

In Strokestown and the Great Irish Famine, Reilly traces many of the 1490.  In his own words:

While the Strokestown Park archive provides a fascinating insight into people who emigrated during and immediately after the Famine, their fate afterwards is more difficult to track. For the vast majority we are offered only fleeting glimpses of their lives after leaving Ireland. An example is John Coleman, one of ninety-nine emigrants who left the townland of Curhouna during the assisted emigration programme of 1847. Having survived the crossing, Coleman made his way to New Orleans where by 1851 he was listed as being a patient in the city hospital. One of 1,100 men and women, including over 20 Roscommon natives, who sought medical treatment in the hospital in 1851 alone, the ultimate fate of Coleman is unknown. Likewise, Margaret Flynn, aged 24, and her son John, aged one, who were described as “destitute”; having survived the voyage on board the Virginius in July 1847, they made their way inland to St John, New Brunswick, where they found shelter in the city’s almshouses in 1851 (139-142).

More information about Margaret Flynn and her son John can be found here: 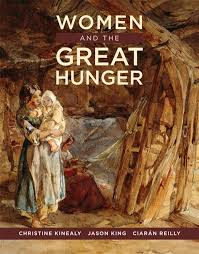